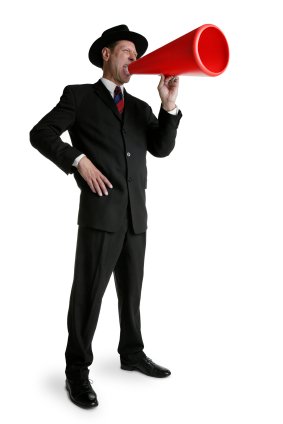 She’s a former TIME magazine bureau chief, current American Way columnist and adjunct journalism professor at the University of North Texas who shares the what and what-not-to-dos of pitching from a reporter’s perspective in this two-part series. Cathy Booth Thomas will now take our questions.

1. What’s the worst pitch you ever received? Best pitch?

The worst pitch ever was actually a series of pitches from a truck rental company — just after Hurricane Andrew hit south Florida. They sent me two pitches a day (and several copies of each pitch) over my fax machine. When I got back from reporting to my office, I was out of paper and none of the faxes I had asked other people to send had gotten through. I was furious. I swore never ever to do a story on that company.

The moral for today (when faxes aren’t so important): Most journalists today work alone, with no help. They do not appreciate being bombarded by the same company every day, especially during a disaster. Even by e-mail. Tailor a pitch to the reporter and don’t bombard him/her with mass mailings!

The best pitch I ever received was made in person, over lunch, by someone who had helped me repeatedly get difficult stories out of his boss. We’re talking a major airline after 9/11. For the anniversary issue on 9/11, he offered me the exclusive story of the two flight attendants who had stopped the shoe bomber. A true exclusive and a great human story. Whenever that PR person called me after that, I listened to him.

Oh yeah, pitching works. It’s what we thrive on. But often the pitch has to be honed by repeated tries. Or, it’s only used because a pitch from one company fits with another idea or a pitch from another company. Sorry! 🙂

I have used some crazy pitches. One, for instance, came from a tech company on RFID technology (the strips that electronically follow goods through the supply chain). Well, this company kept sending me updates on their new technology and products – not really as pitches – just info updates. It took me about two years of pulling together material they sent me with material I collected from other sources to come up with a powerful business section lead on RFID and its wilder uses (tracking humans, etc.). It was a really good piece, and after that experience with the company, I was willing to listen to their PR person whenever she called.

3. What is the best format for a pitch (ex. a short e-mail vs. news release with lots of details)?

Either one. If the story is not worth more than a few lines, don’t fill it with puff. Give me more only if it’s truly interesting. Also, don’t go into long pitches in a phone message. E-mail me. Most writers report during the day and dream up ideas at night, so e-mail is best.

Cathy Booth Thomas tackles the following questions in the next post:
4. Are social media outlets such as Facebook, YouTube and Twitter valuable to a reporter?
5. Do you have any pitching pet peeves?
6. Which types of topics always make good stories?
7. How can a PR professional maintain a relationship with a reporter?