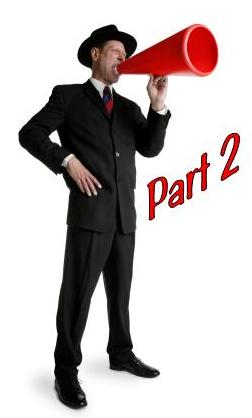 5. Do you have any pitching pet peeves?
I hate it when I get thrown pitches with lots of company names or people’s names in them, without telling me where the story is. It’s the job of the PR person to break through the dozens of ideas reporters get weekly. So if there’s an interesting person or something about the company that’s fascinating and I might not know it, feed me the background. Tell me the story. Don’t just give me raw, boring material.

Second, tailor it to the reporter or the magazine. TIME magazine, for instance, is not going to do a company story unless it’s got global implications or is a trendsetter. Know the publication and the reporter you’re pitching to.

6. Which types of topics always make good stories?
Stories about people who think outside the box, who are doing something interesting – not just selling a product.

7. How can a PR professional maintain a relationship with a reporter?
Number one rule: Don’t disappear when the going gets tough.

The best PR people pick up the phone and talk to you even when they know it’s going to be a difficult conversation. I did a story on coal-generated power with an electric company. I was tough on them, but fair. But the story was a heck of a lot better because the company gave me full access, took me on a tour of the facility and had me talk to the head of the coal-generating unit – a guy who grew up in a coal-mining region. It was a very human story thanks to them being open.

The same happened with a major electronics company, which was the subject of a very tough piece I did on their first round of layoffs. They opened the door to me, and we had a great relationship after that. I went on to write positive pieces about their new market strategies in the years afterward.

8. Any last words of advice?
Real reporters care about the story, the person behind the story. If you have that, any pitch works! Remember that we have to pitch our bosses, especially for a magazine piece, which is competing with breaking news, so it better be darn good!

Were there any questions you wish we’d asked? We’d love to hear your feedback for a possible follow-up piece!