Six months ago, I exchanged a giant, feathered headpiece for a cowboy hat (figuratively speaking, of course) and moved to Dallas after three years in the Las Vegas PR world. And let me tell you, uprooting my life and moving to a (drastically) different market was a daunting task, especially when you throw in a new PR job heavily focused on accounts in Texas. 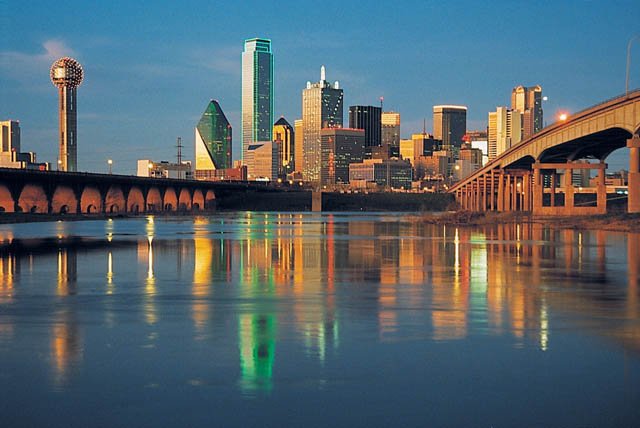 Luckily, this move to Texas was not my first rodeo. Prior to living in fabulous Nevada, I had left economically-starved Michigan where post-college unpaid PR internships are in far higher supply than paying jobs. Needless to say, along the many thousands of cross-country miles, I’ve picked up some good habits for rebuilding a network and PR career in a new city.

#1 Learn the lay of the land

Research your new home. Learn the names of neighborhoods and suburbs, read up on the local scene, and follow its politics. I can’t tell you how helpful this will be in job interviews and pitching local media. But I CAN tell you that if you don’t do it, you’ll look uninformed and far less valuable as a PR professional.

#2 Use the newbie card – and apologize for it

Tell people you’re new to town. It’s a great conversation starter (and can strategically double as a pick-up line for the single folks out there) for making new contacts. It also helps you craft a detailed apology if, for example, you accidentally called an on-deadline reporter to pitch a not-so-urgent story.

Maintain your personal brand by using social media to stay connected to past contacts and meet new ones. I joined a Michigan State Alumni in Dallas group on LinkedIn and posted a discussion asking for Texas tips. Dozens of responses later, I had job leads, ideas and some new friends in the non-internet world. Twitter, LinkedIn and Facebook are also great for following and building relationships with local reporters.

I write this even though it slightly contradicts #2 because as a resident of Las Vegas, I got to watch first hand as newbies identified themselves as such very quickly. You can imagine the embarrassing-for-them-hilarious-for-me results. In the Las Vegas business world, for example, you should refer to the area as Southern Nevada and not VEGASSSSSSSSSS. New recruits to the city quickly stood out in a crowd with this classy way of referring to their new home. And, despite the many temptations of networking and company events taking place on the Strip, remember what happens at work in Vegas actually does stay in Vegas, and you will certainly see these people again at other events. So, act the part of a local by watching and learning.  In Texas, I’ve quickly picked up the phrase, “it’s nice to see you,” in place of, “it’s nice to meet you,” by listening to how people greet me and others. Listen, learn and adapt to look and feel more at home.

Make your own media list and learn the key stations, outlets and players. Order some media kits and learn reporter deadlines. Nothing will get you ahead faster in this profession than by knowing your local media inside and out, and it can be one of the biggest challenges when moving to a new city.  This will also keep you from having to use your get-of-jail-free card with the reporter mentioned in tip #2 so you can use it for something better. Like getting out of jail.

Transplanting yourself and career can be a daunting task. But in a world full of cheap ways to learn quickly and get connected, you can cast a global net of personal and professional contacts who will help you get you through pretty much anything.

Melissa Gullickson recently joined  MarketWave, where she directs consumer marketing projects for energy, health care and technology clients. Melissa can be found on Twitter at @marketwavemg.