Everyone loves a healthy debate. At least, that’s what the minds behind MarketWave’s blog decided when we crafted this new, fun (and possibly dangerous) idea: the MarketWave Match-Up.

For each Match-Up, the writer gets to challenge one of their MarketWave colleagues to a friendly duel about a topic specific to our craft, from marketing and PR to social media. Then, we’ll poll our readers and name a winner.

So for our MarketWave Match-Up debut, I’ve challenged my office neighbor Whitney Starling to debate with me on this question: 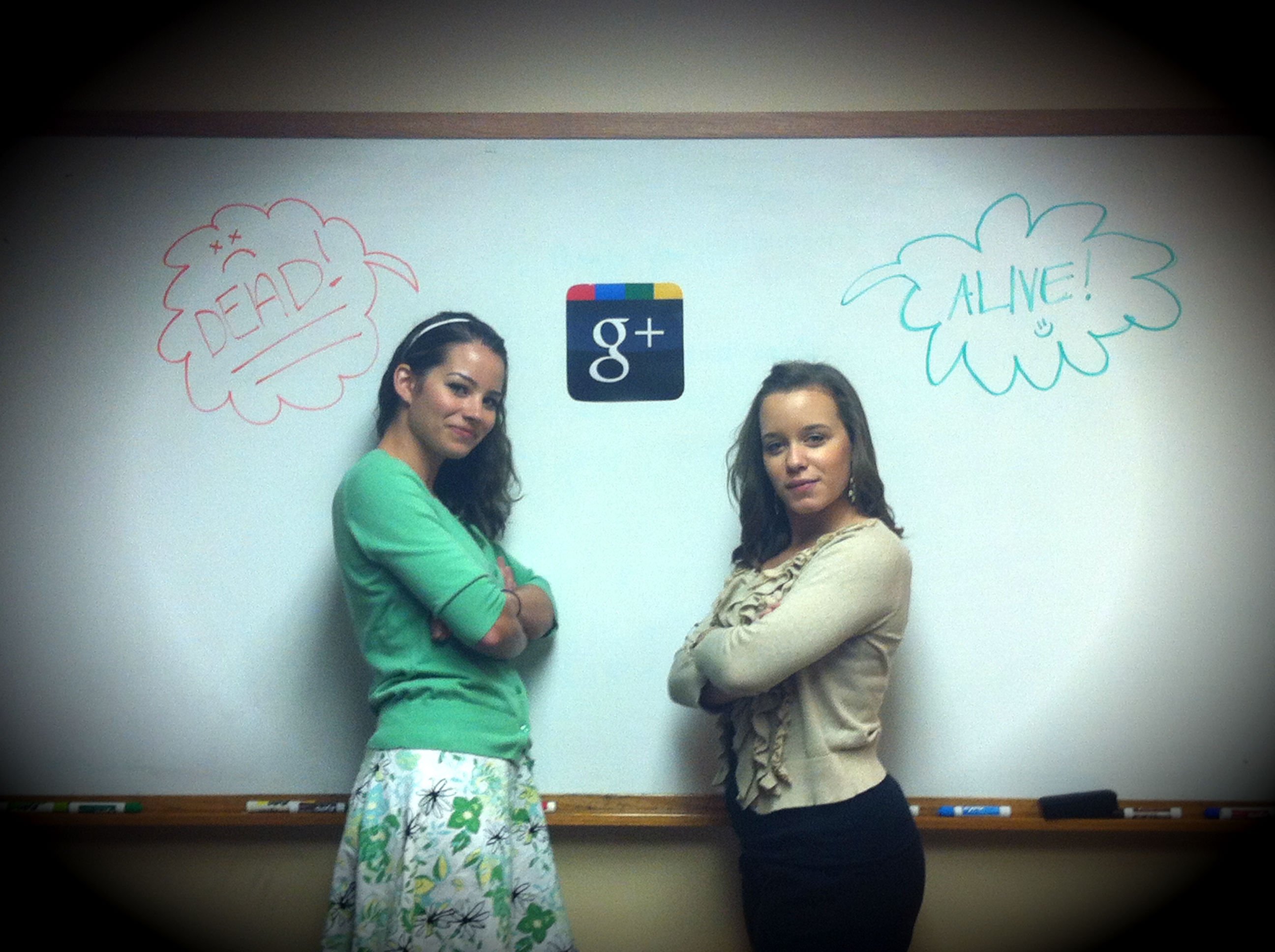 WHITNEY: No! In its first year, G+ has grown to 250 million users, 150 million of which are active, monthly users. It’s not Facebook and this kind of comparison is not relevant.

Facebook thrives on people who personally know each other. G+ is creating the opposite – a niche community building relationships based on shared interests. Shared ideas are the connection – not necessarily established relationships. It’s passion vs. people, quality vs. quantity – and G+ is fully aware that passionate users are more important than numbers.

Thanks to Circles – the social version of target marketing – users don’t have to sort through hundreds of “friends” to find interesting content. Similarly, they can easily control the information they share with targeted groups.

Google is the King of Search and G+ is the glue that binds all of Google’s heavily-used platforms together. Think: Gmail, Google Docs, Picasa, Google Reader and YouTube, to name a few.

The truly innovative and best part of G+ is Hangouts – a video chat feature that President Obama has already adopted – providing virtual meetings, video conference and live broadcast opportunities. If that’s not enough, Guy Kawasaki says the site has quality conversations and in his book “What the Plus!” says the site is “as special as Macintosh.”

BANA: Yes! G+ is a ghost town for both consumers and brands. And millions of accounts aren’t impressive if active numbers dwindle, like CEO Larry Page’s dormant page. And if G+ didn’t mirror its interface after Facebook, I wouldn’t compare the two. Sure, the one upside to G+ is its intersection of social with search. But does that sustain it as a living social network?

No way. Social networks mean more than social searches. For most of us, our social lives were born on Facebook. We’ve chronicled relationships, jobs, statuses and photos. And Timeline pieces it together. Really, Facebook holds every fiber of our social story. Why would we cut it for G+?

But that’s not the only reason I’ve left the ‘Plus Bus’. Social networks owe success to the niche: their one exceptional benefit. For Twitter, it’s microblogging. For Instagram: photos. Pinterest: crafty aspirations. And back in the day, Facebook made its claim to fame by connecting friends in a virtual world. In that regard, it beat the Plus to the punch by about eight years.

So let’s call it what it is and what it’s not, ladies and gents. As a data-backed, social-supported search behemoth, Google is alive and well. As a social network rivaling Facebook? G+ is dead.

As we prepped for this debate, we asked our Facebook fans to sound off. Here’s what they said: 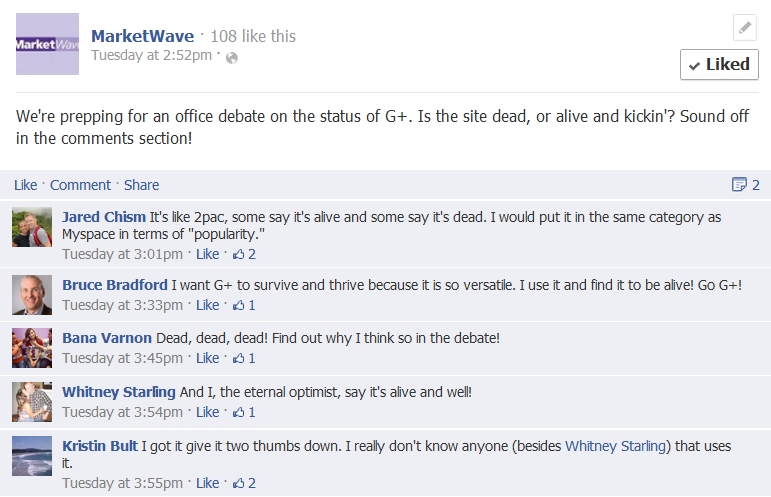 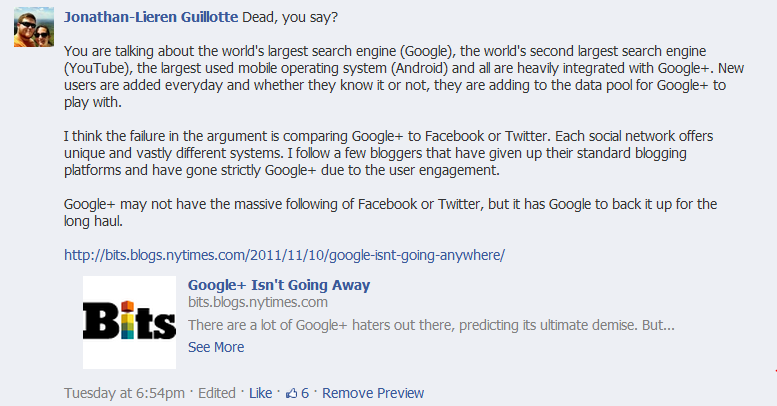 What do you think? Alive or dead? After you vote above, share your comments below.