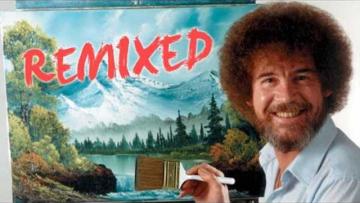 If you haven’t seen this video, you should.

It would have been funny – probably viral – if some Joe Schmoe had autotuned Bob Ross. But the fact that it was done by PBS, as a series of autotunements, made it brilliant.

PBS realized that it had to connect to and engage with a young audience, because its traditional programming lineup of Nova and NewsHour didn’t do the deed. Enter PBS Digital Studios, a grand effort to reach that generation by resurrecting and autotuning the retro programming of yesteryear.

And it captured all the classics in its YouTube series – from Reading Rainbow, to Julia Childs and Mister Rogers – and repackaged them into fun, catchy tunes that will outlive their air dates for years to come.

If you’re looking to connect with a younger audience, take a nod to PBS. They were fearless in crafting an innovative, light-hearted marketing campaign that has attracted the hearts, eyes and ears of the young and the reminiscent.

Plus, every day’s a good day when you paint (and sing about it).