Thanks to everyone who joined us at the second annual Big D BBQ Battle last Friday! In addition to all of the great reasons to attend, we enjoyed the camaraderie we shared with our colleagues and fellow grill masters most of all.

Despite the event being cut short due to severe storms in the area, we still got the chance to chow down on some of the best brisket, ribs and beans in North Texas. Even better? Marketwave partnered with the awesome guys from D.W.P. Grill MD and won second place for our brisket! 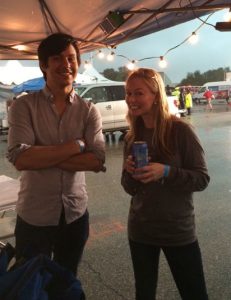 With top-notch grilling skills and a license plate that reads “BRISKET,” it’s hard to believe this was D.W.P. owner Doug Pickering’s first barbecue competition.  “It’s truly rewarding to go out and cook the same brisket I have been making for two years and receive such high honors,” said Pickering. “It was a unique learning experience, but more importantly, a fun time for a great cause (North Texas Food Bank and Café Momentum).” 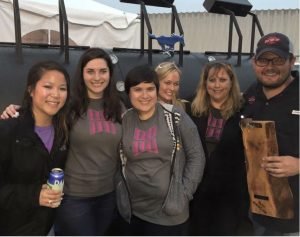 With Doug Pickering and the second place trophy in front of D.W.P.’s huge smoker

Congrats to all the other winners from this year’s competition! For those of you who attended, what was your favorite part of this year’s Big D BBQ Battle?