Five techniques you can learn and apply today 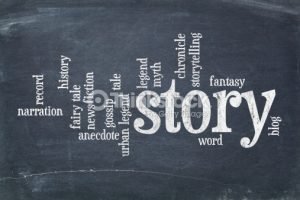 hearing – and talking – a lot about storytelling lately. One of my colleagues is taking a “Story” course at SMU. I was meeting with a client recently and was explaining the approach we’ll take for telling their story on their new website. And, a couple of weeks ago, I opened an email offering a “Storytelling for Communicators Workshop.” So, when I saw Dallas IABC’s monthly luncheon would focus on the topic, I had to sign up.

The presenter, Brad Cope, director of marketing at HMS Holding, has a new approach – one that goes beyond injecting “once upon a time” and following a narrative. He believes what’s lacking is “storyselling” – a component that entices audiences to read. His session focused on five secrets to full-solution storyselling starting with the introduction:

At St. Barnabas Hospital in New York, Dr. Walter Fennimore is using a tiny brain-pacemaker for patients with drug-resistant epilepsy. Teams of nerve doctors at UCLA are helping accident victims regain use of limbs by using minute pulses of electricity. Meanwhile, in Paris, the U.S. Army is researching techniques of sending wounded soldiers to sleep without the use of drugs.

Passing small currents through the brain from electrodes attached to the head by a metal band may sound like something out of a Frankenstein movie, but that’s what’s happening at UCLA where teams of nerve doctors are helping accident victims.

During the Q&A, one attendee offered another great tip from screenwriting guru and creative writing teacher, Robert McKee: conflict. McKee believes a story does not exist without this key element. Using controversy and weighing in on topics like politics, money, religion and health can generate conversation and increase engagement.

Do you have any tricks or techniques you use when storytelling – or storyselling?