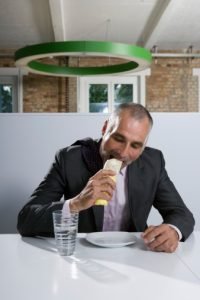 I have a confession: On average, I eat at Chipotle 10 times each week. I’ll often buy two—sometimes three—burritos at once in an effort to be as efficient as possible since I know they’ll all be gobbled up within a day. While the habit developed after I realized my ingredients of choice (brown rice, black beans, chicken and hot salsa) were actually not that bad for me—not to mention the time I save in meal preparation—it’s grown into a fondness for the brand that makes it easy to justify the frequent visits.

Below are three marketing lessons I’ve picked up from the folks at Chipotle, who clearly know a thing or two about creating a loyal following:

Now if only they would start delivery service.