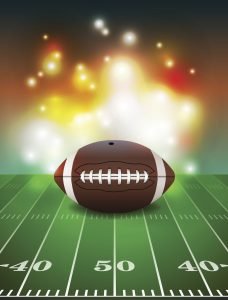 If last year was any indicator, some 114 million people will be glued to their TV screens on Sunday as the Denver Broncos take on the Carolina Panthers in the 2016 Super Bowl. If you get your kicks more from the commercials, though, there’s good reason for that: A 30-second Super Bowl ad costs as much as $5 million, meaning advertisers are willing to pay big bucks to have their best work in front of that many eyeballs.

Not wanting to be left out of all the fun, the NFL released their own spot on Monday featuring the Super Bowl Babies Choir—a collection of kids and adults who were born nine months after their parents’ favorite team won the big game. (According to the NFL, birth rates in winning cities spike nine months after the celebrated showdown.)

Whether you’re rooting for the Carolina Panthers or the Denver Broncos (go Peyton!), we can probably all agree that sometimes what happens between plays is just as memorable.